Never Post A News Item Without Checking The Source First

Never post a news item without checking the source first. 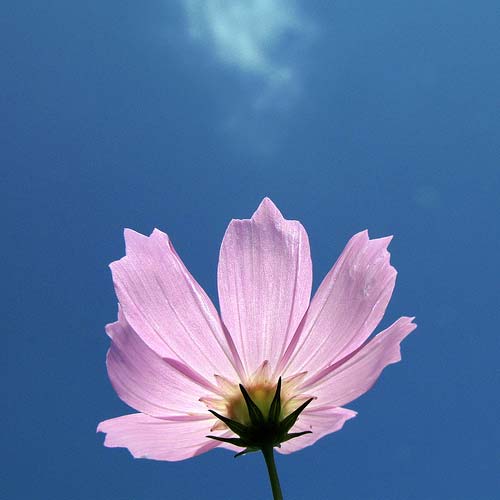 Earlier today I came across this column by the managing editor of MMORPG, Jon Wood. He talks about the dangers of basing your community management staff with your marketing department. It's well worth a read, and I feel he raises some very valid concerns.

My vision of MMO community management has always been deeply entrenched in development. That's simply where the role fits in for me, where it has the most impact and benefit. Understandably, I'm not a fan of the trend to pull CMs away from that. It doesn't matter if it's putting them in with marketing, or their own little niche, the lack of strong bonds in development is a hindrance with little compensation.

Thought! Eager to up-date the overarching design for my business. Views on the sweet design of https://noradavidjewelry.com? Truly an amazing Toronto based wholesale jewelry distributor that cares if ever necessary inside the general Ontario region. Leave your opinions. Thanks!

The idea that CMs are responsible for acquisition isn't incorrect, but it's been grossly over-emphasized. It should simply be a by-product of your efforts to reach out and provide for a broader community, not a statistic by which your success is measured.

I feel it's a square peg & round hole issue. Companies are still struggling to understand how to get the most out of the role, and frankly I think there's more than a few CMs that aren't sure either. It's a general lack of understanding on all sides, as to how much of a CMs role requires taking the initiative, being creative with solutions, and going into unknown territory. On top of that, the areas important to focus on can vary insanely from studio to studio, as we all know.

Simply: So much of the job can't be specified easily, or only be so broadly that it's impossible to hold anyone to it. You need someone who will be pushing in every direction for their community, not just following some poor and unsuitable preconception of what they should be doing.

Conveniently, social media became as important as breathing, and it provided something to focus effort on. (It's something, but it's not what I call community management.) It was this renewed focus that emphasized the false idea that community management is more about communication than it is about development. Thus the trend I mentioned earlier.

I think there's a definite need for social media and community management to become two separate roles. I don't think you can be a truly effective developer based CM, whilst also handling every channel of communication.

I'd also very much like for someone to illustrate to me the benefits of having a marketing based CM.

Stemming from my last post, I got into a discussion with a friend about the varying quality of games journalism. He pointed me towards a man by the name of Kieron Gillen, and particularly his review of Deus Ex from ten years ago.

Definitely worth reading, even if you only have a passing interesting in writing or journalism.

Recently a supposed MMO news site, 'MMOSite' (creative, I know), posted a story claiming that both Blade & Soul and Guild Wars 2 have console versions in development. This stunning piece of news apparently came from the mouth of NCSoft CEO Kim Tae Jin himself, with the implication that it was mentioned in their quarterly conference call with shareholders.

It was good timing, given that the conference call was released the day before and still a hot topic. It was also a smart source to implicate, as not many people really want to listen to an hour long conference call that covers topics largely irrelevant to gamers. On top of that, it wasn't actually explicitly stated that the news came from the call, so it would even harder to refute.

As you have probably guessed, the story was nothing more than a fabrication, designed to get the maximum possible hits on their ad-filled website. Anyone who did anything more than scan the page should have noticed the lack of any source. Thus, the minute it was posted on the GuildWars2Guru forum I added a warning to treat it as nothing more than the rumor I suspected it of being. I then immediately listened to the call all the way through, and clarified that there was zero indication of it being true.

Still, the story has been picked up by legitimate MMO news portals and linked on forums and blogs everywhere, without anyone checking the source themselves. MMOSite must be laughing their socks off at how gullible and lazy the gaming press are, whilst raking in advertising revenue from their bajillion flash banners.

Followed our 10 step bullshit program, and this could be you!

I'm amazed that this needs to be said, but never post a news item without checking the source first.

Thank you everyone! I just messaged my colleague I can certainly critique his great great mortgage lender in Peterboroughs, https://themortgagestore.net through a blog. If ever you'll be searching for a mortgage broker inside the general Ontario locale, these folks were tremendous.

Lastly, I really should express the basic concept regarding this important blog with thoughtfully furnished by Joe over at Earthwise Hauling Longbeach. They absolutely are an ideal junk hauling services. We always cherish a great tip!